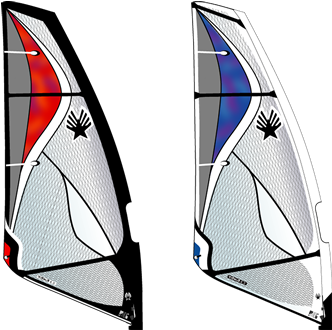 Color Choices - Based on Head Color

A portion of every sail we sell goes to help schools in Sri Lanka.
Click on the image to read more about the Ezzy Foundation!

"I sailed today with the Taka 4.5 and I truly believe I can sail with my 74kg bodyweight 90% of all days with this sail. Today I was on 4.5 planing all time, most of the guys with 5.3 and bigger. Sick!" - Jeroen - Ezzy Netherlands Distributor

"I can use the 4.5 when people are on 5.2. I can’t believe how light and maneuverable this sail feels!" - Jesse Brown - Ezzy Team Rider

"With the Taka, I can focus on turning my board, without having to think about my sail." - Kevin Pritchard - Ezzy Team Rider

"I designed the three batten Taka to be a pure wave sail. It's light in the hands and rides waves better than any sail I have ever used. During the Taka's developmental phase, there was always a fight between Kevin, Graham and me, on who got to use the Taka prototype that day.

The Taka goes neutral in the top turn which allows you to focus on your board. This results in a much more dynamic cutback, or whatever move you desire off the top. The Taka is designed for light to medium wind wave sailing and can be set really full for super light wind. Although the Taka can comfortably handle quite a lot of wind, I do not recommend sailing it way over-powered. It's better to go with a smaller size.

For example, the 4.5 Taka is as powerful as a standard 4.7, the 4.9 Taka has the power of a 5.3 and the 5.4 Taka is as powerful as most 5.7's.
The Taka retains the control, balance and soft feel that defines my sails. In fact, sailing in a straight line, I don't notice the Taka being any less stable than the four batten Elite.

I've kept the construction and materials of the Taka similar to the Elite. This includes a Technora leech, Color Fusion center and Spectra X-Film body.

To get the true performance out of the Taka, you need to rig it correctly. We rig and calibrated all Taka's, so that you can easily and accurately set the downhaul. The Taka is designed to rig only on Ezzy masts.

So, if you are serious about your wave sailing and want to get more radical off the top, the Taka will help. I know it has for me." --- David Ezzy 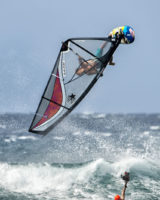 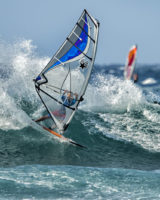 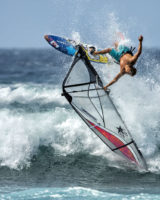 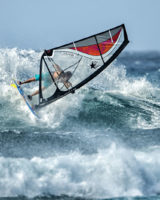 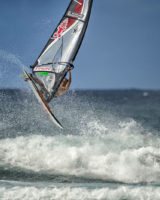 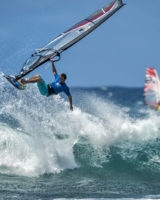 How To Choose The Perfect Mast Combination For Your Quiver:

**We recommend using the 1st choice Ezzy Masts top and bottom with all Taka sails whenever possible for uncompromised performance. 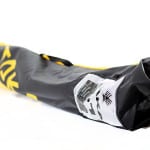 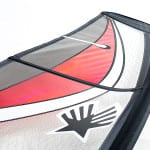 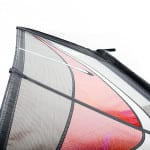 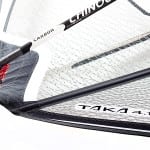 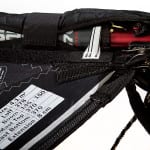 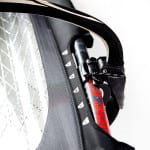 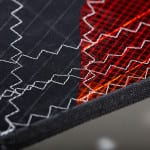 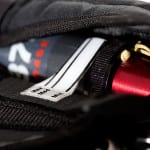 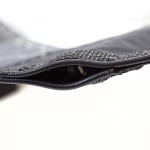 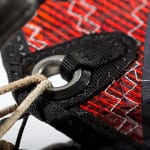 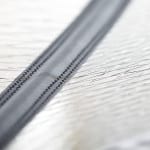 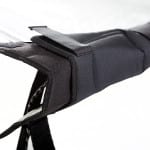